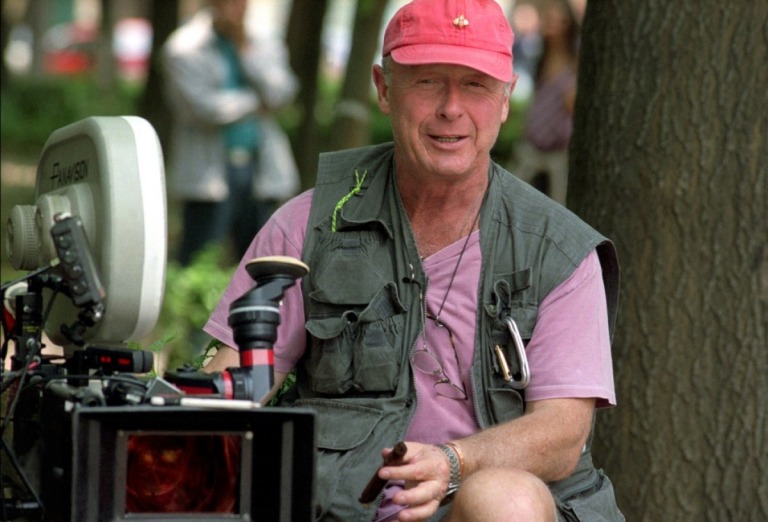 “I love the fact that I’ve done all these different paintings…the canvas is the script. You colour with casting, the location, the wardrobe and words, and the centre of the canvas for me is the actors.”
– Tony Scott

Tony Scott passed away yesterday. He was the quintessential blockbuster action Hollywood director that brought us hits like Beverly Hills Cop II and Top Gun; movies that I was lucky enough to grow up with. They have no doubt influenced me on my path towards becoming a filmmaker myself. His directorial style was a crazed manic kaleidoscopic, intensely visual journey that jacked the audience up in a very visceral way, much like a shot of adrenaline through the eyeball.

His modest upbringing was that of any typical working class British family. He went to art college and began his visual artist career as a painter before making the switch to commercials, and eventually big budget feature length motion pictures. Sure he brought us some huge hits, but it was his lesser known works like The Hunger that were pretty cool too. One of my all time favorite films was True Romance. Interestingly, it was his too. If you want to know more about Tony, I dug up an old interview with him back when he was still shooting Domino. It looks like a rare interview, as he tended to lead a private, and apparently troubled life. Thank you Tony for all your great films, you will be sorely missed.

You may also want to check out:
Where The Wild Things Are: Maurice Sendak Sails Away For His Final Adventure
No Sleep ‘Til: The Best of MCA
Sally Menke’s Final Scene