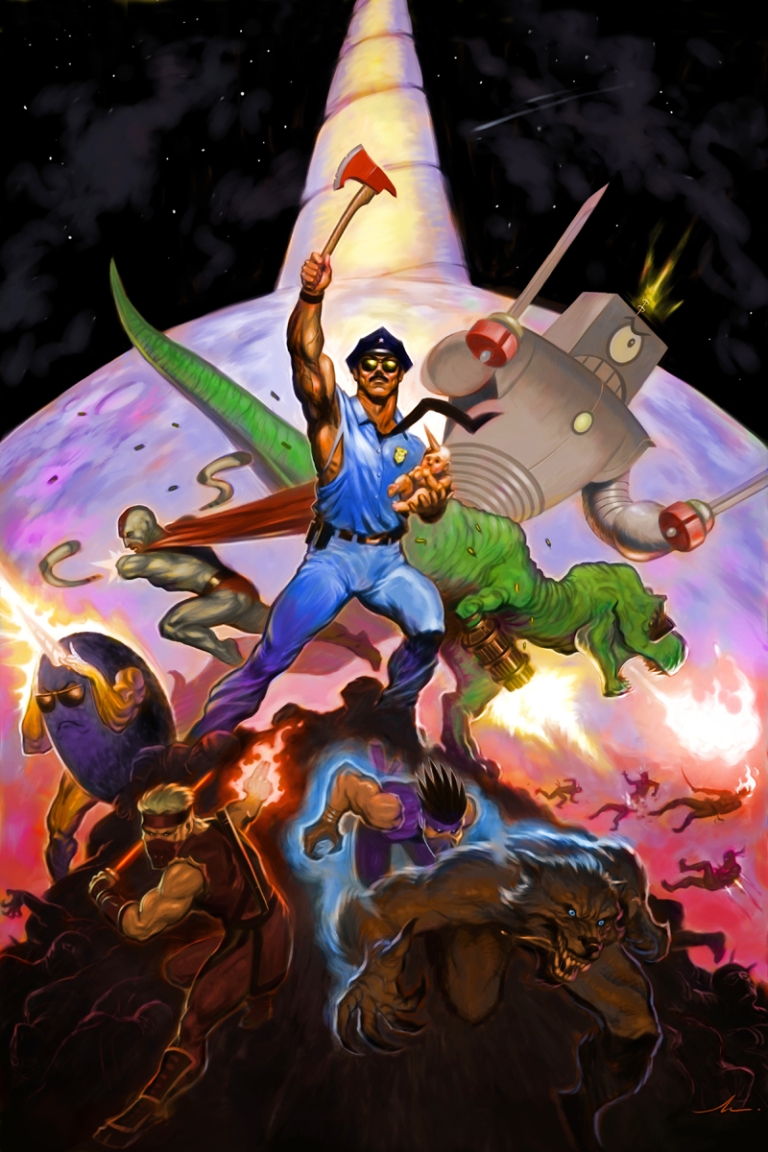 I just caught the first episode of Axe Cop last night, and I can safely say it is the coolest new series on television right now. Possibly the coolest animated series ever created by humans. How am I so sure? Try and find another show that stars a cop with a moustache that uses an axe to solve crimes, voiced by Ron Swanson (Nick Offerman, in real life). The series also features plenty of dinosaurs, space travel, zombies, and so much more. Basically it’s a super refreshing dose of what great animation should be about; a fun escape not bound by the rules of everyday life. With plenty of action. And dinosaurs. Originally created by a 5 year old (Malachai Nicolle) and his 30 year old brother (Ethan Nicolle) as a web comic. Yes, you read that right. Check out some stills of the original comic below, the trailer for the upcoming series on Fox, along with a clip from the upcoming Axe Cop Documentary for more background on how the comic series came to be. 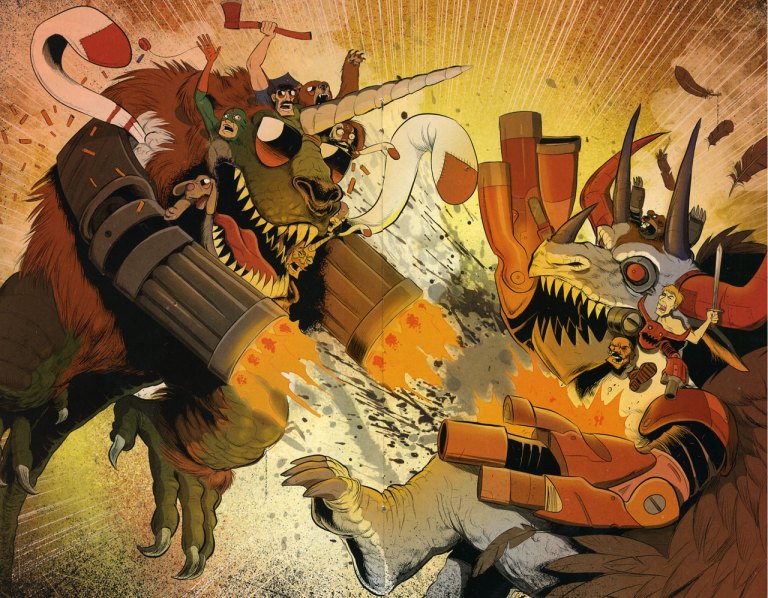 You may also want to check out:
7 Hilarious Cartoon Parodies From the 80s
A Public Service Announcement from G.I. Joe
Top Twelve Comedic TV Shows of All Time

2 thoughts on “Axe Cop: The Dopest Animated Series on TV is Written By a 5 year old. (Television)”