Inside the arsenal of serious old school music producers, there are few weapons more iconic than the original Roland TR-808. Originally created in 1980, it was one of the very first programmable drum machines and quickly became largely responsible for a plethora of sounds spanning across many genres including new wave, hip hop, house and techno. So the skepticism and anxiety was high when Roland announced it was planning on updating the hardware. Nevertheless the early reviews appear quite positive, and with an affordable price tag, could result on more peeps returning to the original roots of actual, solid drum machines, instead of today’s standardized software on laptops. The following videos detail the incredible process of engineering the specific sounds for the TR-808 and TR-809. The machines are available for pre-order now, and will launch April 11 at the Brighton Music conference. 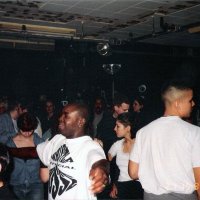