Full disclosure – this is as incomplete and unofficial as it gets. If you are a frequent follower of this blog you’ll know I haven’t been posting in a while, so this isn’t just a tally of the best of this year, it’s also a way for me to play catch up on stuff I’ve been jonesing to cover for awhile, but just haven’t had the chance to. So here we go:

Jenkees may have built his career on short quirky Youtube vids, but he has since gone on to greener and more lucrative pastures, providing remix work for some of Hip Hop’s legends. He’s still working on his own thing though. Alpha Numeric has this epic in scope thing going on, and if this tune sounds a bit video gamey, that’s because it is for a video game, namely There Came an Echo – which drops sometime later this year.

American Made is off Baltimore area Rome Cee‘s latest album Glimpse, which is chalk full of tightly packaged fresh beats brimming with soul and laced with lyrics that will make you think, all delivered with a perfect mix of power and artistry. It’s been written that one of Rome’s influences is Nas, and it’s pretty clear with tracks like American Made. There’s lots of content covered in street storytelling lyrics like slavery, crime and punishment, with bone chilling results that make you bop your head. Check out the whole album over here.

A jewel of a track gets an outstanding remix, retaining the original, essential Jon Hopkins ambient flavour that borders on the sublime. You will want to listen to this one again and again.

Like the return of fanny packs and mom jeans courtesy of NormCore, some things from the 80s are back with a vengeance. Here is Pat Benatar as you’ve never heard before, courtesy of NYC producer Belanger.

Bouncy beats are like slow cooked pork ribs. You can’t rush the process. Just add some brown sugar for sweetness, and you gotta be patient. Let the science work it’s magic. I have no idea what ribs have to do with this track, except that I like them both. Maybe I’m just hungry. The boys from Disclosure dish us a plate with a slow start that’s a generic 4:4 beat, leaving plenty of time to add to it, but be sure to stick around till the 35 second mark and you’ll know you’re in for something special. Just add a dash of Pharrell vocals and ya’ll be cooking for real in no time.

There’s lots to choose from in the Genius bucket of remixes, but there’s nothing quite like that original riff from Gypsy Woman that gets singled out for this remix. It’s a track that deserves a re-visit and this remix is a fitting tribute to the original.

I had trouble covering Mister Lies latest album, entitled Shadow, even though I had been looking forward to it for so long. Nick Zanca had been warning people for months not to expect another False Astronomy, and he was right. This album is a clean break from those days, and it’s very good. Production wise, it’s unparalled, there’s a gorgeous array of fresh, innovative beat samples. It’s just a bit slower than most of the tunes I cover for Digitized, but it’s a great album that should be checked out – there’s also tons of poetic lyrics and wonderful, strange new territory to explore. Looking forward to hearing whatever comes next from this artist.

It’s no secret that Snakehips have consistently been dropping bullet proof hit after hit. Slightly slower tempo than glitch heavy After I met you, but with more meat on it’s bones than No Other Way, the remix treatment for Lion Babe’s Treat Me Like Fire is a fitting tribute to it’s original Motown tinged flavour; beginning with stripped down vocals from Jillian Hervey and simple piano chords, then dropping a sweet Biggie sample, then it’s off to Snakehips country. Flawless as per usual. Look out for fresh new tunes from the Snakehips crew this January.

It’s kind of hard to choose a favourite track off Odesza‘s latest effort In Return. There’s a definite leaning to a kind of grandiose, world beat/tribal vibe to alot of the tracks, while Say My Name stands out as a playful throwback to why I fell in love with Odesza the first time. It’s just some gorgeous music to dance to. With lyrics that shout: I wanna dance, I wanna to dance with you – It’s blatantly honest with it’s message, maybe that’s why I’m so in love with this tune. For those bass heavy lovers check out the Kastle remix over here.

I’ve snuck this one in again because I just had to. Here’s the full version of the track originally posted in one of my previous Freshest of the Fresh posts. Without a doubt, the dopeness is strong with this track, and in my humble opinion hands down beats the original. Total banger of a tune. Happy New Year everyone.

Released mere days ago, tracks like this one don’t come any fresher. Glorious disco themed Dusk Funk is everything a Bondax Banger needs to be and more. This is off their latest release of re-mixes, buy it here. 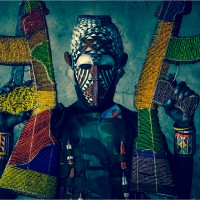 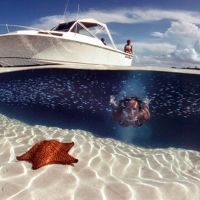 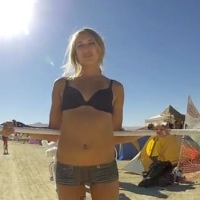