So..I decided to take my work back underground, to stop it from falling into the wrong hands.

– Intro, The Prodigy, Music for the Jilted Generation

With the very sad dispatch of Keith Flint’s recent passing, I thought I might take pause to dive into one of the most treasured audio bookmarks of my life. The Prodigy’s Music for The Jilted Generation. Most of the credit for the epic production has got to go to the genius beat making skills of Liam Howlett, who alongside MC Maxim Reality comprised the original band. Flint would meet Howlett at a fateful event and after hearing his mix tape, go on to be a dancer for the band until Firestarter eventually sealed his fate as their lead vocalist. But being a dancer on an album with pretty much no official lyricist in those early days meant that unofficially, Flint was already the frontman, or at least half of one, next to fellow dance whiz Leeroy Thornhill.  A third dancer named Sharky was around but dropped out after only a year, around ’91.

Now I got this CD in ’94, the same year it came out. I’m not quite sure exactly where, but I can tell you what instigated it. It was a 1993 Sykosis rave; my first foray into that scene of sheer lunacy and delight. It was for an event held at the Latvian centre on College street. I can’t remember a lot of the music I heard that particular evening…except one song. I can remember this song because it had lyrics that stuck.  It was Out of Space, off their debut album, Experience. That track blew me away!  Just as the lyrics had promised, my brain got taken to a new dimension.  I can listen to it today, and still feel the same way I did that night.

And like so many rave venues then, now it is just another condominium. As you can imagine, the rave scene was really in it’s infancy at that point. I should clarify this. In the UK, where The Prodigy called their stomping grounds, the rave scene had already solidified. In fact, the government over there were already trying to clamp down on too many people having too good a time at outdoor sound system events. They enacted something called the Criminal Justice Bill, which was why the song Their Law included “Fuck ’em and their law”.

Meanwhile, back in Toronto, only two years in, not to say it wasn’t exploding scene wise, but it was still pretty hard to find the music anywhere. Somehow The Prodigy had produced a genre defying album that translated an entire scene and mass produced it, without any type of watering down. Without compromise. And that’s a rare thing. This boundary breaking product saw me through good times and bad – and many late nights. I had a bad habit of being pretty congenial with people borrowing music off me throughout the years. But somehow I still have this puppy today, although I must admit, it’s pretty scratched from overuse. Still playable though.

The best thing about Hip Hop or House tracks from back in the day was that they had lyrics you could memorize pretty easily, none of them were all that complex, really. But with techno, breakbeat, jungle; any of that stuff, they were like classical compositions or jazz tunes, most of them didn’t have lyrics. If there were lyrics, often times it might just be a word or two. The real genius in techno bangers was the complexity in rhythm making. That kind of stuff is hard to replicate, unless you knew that particular track. It was hard to share what that track sounded like to someone else. Maybe that’s part of what made this type of music and the scene it was in, so special. You didn’t hear a lot of it on the radio (in Toronto, at least) with the exception of college radio.  Of course, over in the UK it was a different story.  The Jilted Generation got nominated for a Mercury prize. Anyhoo, let’s dive into The Jilted Generation‘s genius, shall we? I’ve tried to include live versions of each song as they were a fun band to check out live, unlike a lot of their electronic compatriots, thanks to Flint and Thornhill hype dance moves alongside Maxim’s unpredictable antics. If you want to hear the original album go here.

It was called Break and Enter with good cause. Just before the sample of broken glass drops, a break beat introduces a knockdown punch. This track broke into your consciousness and stole your innocence. You were never the same after hearing if for the first time. The only vocals were Yeahhhh and Ewwwhah. Screams of delight. Screams of wild abandonment interrupted only by dangerous synth lines and tricked out keyboard work that is sure to produce mental goose bumps every time you hear them. The track keeps building higher with more elements thrown in the mix – definitely a Howlett “hands in the air” masterpiece. Keep this puppy on repeat for your next purge night. Contains sample from Baby D‘s “Casanova”.*

Originally a middle finger to the UK government’s clampdown on the rave scene, that forced it from outside venues to licensed clubs.  The video below, recorded only two years ago in Russia, shows that The Prodigy never really slowed down or mellowed over time.  Contains sample from “Drop That Bassline” by Techno Grooves.*

If there was a song title that encapsulated the spirit of a band, it is this one. Check out this version below for vintage MC rave stylin’ courtesy Maxim. You’ve got to love the piano samples in this one. Gorgeous…Wicked!

This track has longetivity because of the flute, bro. Give it another listen. It’s aged well. Flutes make everything better. Always.  “Voodoo People” contains sample from “You’re Starting Too Fast” by Johnny Pate and “The Shalimar” by Gylan Kain. The guitar riff is based on “Very Ape” by Nirvana and is played by Lance Riddler.*

My hands are starting to sweat. Is that normal?

I’ve always found this one slightly on the scary tip, which is probably what was aimed for. Classic red alert rave, dark, mindless intensity – not for the faint of heart. Samples from “Why’d U Fall” by Lil Louis, “Thousand” by Moby and 2-Mad’s “Don’t Hold Back The Feeling”.*

Poison definitely have a lot of the harder elements that helped to define a later Prodigy sound. Contains sample from “It’s a New Day” by Skull Snaps and Bernard “Pretty” Purdie‘s “Heavy Soul Singer”.*

Whenever I had this on my home stereo for a small after party, I always struggled to decide whether to play Break and Enter or No Good. Make no mistake: they would both get played, but it was always a brief enigma as to which got on first. What’s not to love in this track? Breakbeats keep getting interrupted by laser cannon synth volleys. Then the beats make may for a crescendo. Bass lines ensue.  Breakbeats return with violent vengeance.  Until Kelly Charles pipes in: “You’re no good for me, I don’t need nobody. Don’t need no one, That’s no good for me.”  Phasers on stun, matey. Still an absolute gem of a tune.  My only complaint is that it should have come with a warning label that said “May cause user to induce arthritic dance moves on themselves.”  Check this banger of a live version below for a surprise ending. Hear the original in all it’s glory here.

Here’s another performance of No Good 2 years later at Phoenix. This time, thankfully rock free.

Yeah, it was on the Hackers soundtrack. So what?

This song is more morning glory or late afternoon delight than the rest of the album, which belongs at the 3AM eternal mark, at least in spirit. Nevertheless, it is a welcome herbal respite that serves as a reminder to take it easy now and then. To stop and smell the roses after you’ve wiped off the Vick’s vapo rub and put away the raving gloves for the night. I stuck a fun cover below, but if you’re a Prodigy purist, here’s the original. This track was based on a riff sampled from Bernard “Pretty” Purdie‘s Good Livin’ (Good Lovin’).*

I almost forgot about this one, actually. My friend would borrow his parent’s car. I think it was this souped up Lincoln Town car and he loved playing it, I remember feeling rather comfortable in those leather bucket seats. It really was a good driving tune. Intense and grandiose and a bit dangerous which is what this album was. Signature unbridled Prodigy intensity. The sample of the waves at the end (on the original version) is surprising. But somehow Howlett makes it all sound so menacing. Features sample from an X file episode Deep Throat.*

What a way to end an album! The laughing sample reminds me quite a bit of Josh Wink’s Don’t Laugh. Coincidence? We might never know. Both songs are delightfully terrifying though. One wonders if Sting is employed in certain dark cells by shadowy interrogators not unlike Skinny Puppy tracks. My mind is glowing. Or is it blowing? At this point, it’s probably both.  My ears are definitely ringing from this re-visit.

It’s not without providence that the last track uploaded to their youtube account is a spirited remix of We Live Forever, only three days before Flint’s demise.  Thank you to Liam Howlett and the rest of The Prodigy crew for bringing us this music and RIP Keith Flint for helping it find life. We sent you to outer space. Here’s hoping you find another race.

Colm Hogan is Chief Contributor and Publisher at DG. He's written books (Ice Cold Nights, Crack Whore Pickup), and made films (Matatu Express, The Legend of 23 Hop, Back To The Zone). His work in historical music culture preservation has been featured in Vice, Now Magazine and BlogTO. He now works in mental health as a Therapeutic Arts Practitioner. View all posts by Colm Hogan

2 thoughts on “A Salute To Music For The Jilted Generation.”

After a car accident in 2014 in which his wife sustained serious, life long injuries, Colm was introduced to art therapy as a way to cope with subsequent mental health challenges. This process inspired him to help others find creative methods to battle similar circumstances. He now works in mental health as a Therapeutic Art Practitioner and a Stress Reduction Mindfulness Facilitator in training. 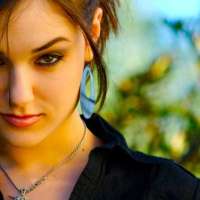