DG EXCLUSIVE – Interview with Joseph DeMough, Author of “Better If You Don’t Come Back”. (Interview) 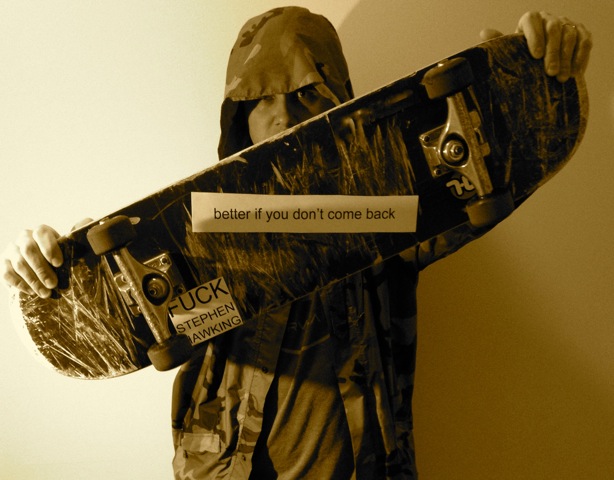 I don’t come across many skateboarding novels these days, so when I heard about Better If You Don’t Come Back, I was definitely interested. After skimming through the net for background info on it, I was impressed by the grassroots style marketing campaign that it’s publisher was pushing for. It’s unbridled, candid no BS enthusiasm for the work was refreshing, and easily identifiable when it comes to subcultures like skateboarding. But don’t be fooled – this isn’t just a love letter written for those lost days of summer filled with pot smoke and half pipes – Better If You Don’t Come Back is also about the human condition; from the sublime to the ridiculous. If it isn’t the first real skateboarding novel out there, it certainly is the first existentialist skateboarding novel. DG got a chance to hear from the author himself in the interview below.

When did you first come up with the idea that you were going to write a book, how long did it take to flesh out?
I remember this well. I had skipped out of work early and was driving to a skate spot. I stopped at a red light and had an odd moment of clarity. I had this thought, like, “I’m a 30 year old man. I just lied to my boss, so that I could go skateboarding. Why the fuck do I do things like this?” I got this idea to write something that would examine this kind of idea and also try to understand the forces that shape the directions our lives take.
I wrote a draft quickly – maybe over the course of a month or two, but then spent the next year swapping out scenes and re-writing. I wrote at least 2 times the amount of scenes that are in the book. Maybe someday, I’ll put out a director’s cut with deleted scenes. (laughs)

How much of the book was autobiographical? There seems to be a lot personal moments in it, some of them mired in tragedy, or at least with some pretty serious issues.

We get emails from readers – I love to hear what people think about the book. We hear from people who say things like, “reading the book felt like watching a movie of my life”. We got an email from a guy talking about how a buddy of his from his skate park takes his mentally handicap brother with him to the park sometimes and all the guys think it’s cool. (This is similar to a character in “better if you don’t come back”.)
The over-arching plot device in the book is the “Waiting for Godot” theme – which is one of the standard-bearers of Theater of the Absurd. With that underpinning, it was very important to me to make sure that the dialogue and the actions or events in the plot were as realistic as possible. I am 100% confident that everything in that book has occurred, either to me or to someone else, and is probably occurring right now somewhere in America.

There’s a host of characters in the book, many of them seem to be archetypes, of one kind or another. Which ones were the most significant to you, and why. Do you identify with any of them the most?

Not to make a cop-out answer, but I think I identify with all of them. I think, as an author, you have to. If Thomas Harris didn’t have a little bit of Hannibal Lecter in him, he wouldn’t have been able to make such a great, iconic character really come to life. Same for Anthony Hopkins in the movie. For me, the process of writing feels a little bit like acting. You have to get into the skin of the character to understand what they would do or say.
Probably the only character I don’t relate to is Godot… because I think it is a dick-move to leave people hanging. (laughs)

At first glance, this is a coming of age story about weed smoking skateboarding teens, but there’s something else going on here. There are lots of references to Beckett’s Waiting for Godot…What was your reason for drawing on that particular work?

The Beckett thing just came together like I spilled a bottle of Krazy Glue on all my other ideas for a story. I’ve admired Beckett’s play from when I first read it, probably in high school. I mean, it’s way funnier than “All Quiet on the Western Front”, or whatever else you read in high school so it’s hard not to like it. But it really is a mental exercise, I don’t know that the play, or the characters really have a soul. I thought, what if we do a similar mental exercise, but actually have compelling characters, and reasons for their actions. …also, the spirit of absurdity has always been a good metaphor for skateboarding. “Useless Wooden Toys”, “Animal Chin”, “Lance Mountain”, etc… 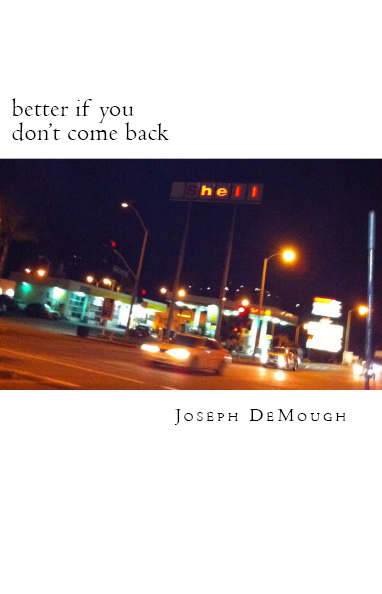 At it’s very core, this is a coming of age story about skateboarders. It’s pretty clear you’ve got lots of background in that scene. How important to you was skateboarding growing up? Why is that? Do you still see yourself as a skater or have you moved on since then?

Skateboarding was very important to me growing up. It was the first thing that I was good at, it was the reason I had friends in my neighborhood. Having a group of guys that you skate with is like being on a team with no coach. You get a feeling that you belong with one another for some reason, but everyone is also doing their own thing, with their own skills and styles. Or you can also kill a day screwing around in a parking lot by yourself and it’s the most fun you’ve ever had. I skate off-and-on as much as I can now. I would love to have more time. I love learning new tricks, but it takes time just to keep up with what you had.

Do you think that anything’s changed for youth culture over the years, in the sense that regardless of what subculture you get involved in, ie. skateboarding, whatever, that it’s a way for people to form an identity? How important do you think that is for younger people?

I think young people have some basic physical and psychological needs. They seek out things that fill those needs and find role models from the world around them. It seems to me that where needs aren’t being met, youth culture can spring up organically to fill those needs.
I think it is very important for young people to find activities and role models that make this very natural yearning for identify a creative outlet that –at the minimum– doesn’t hurt anyone else, and at the ideal something that benefits them and makes them happy in some way.
For extreme examples, you know, the Columbine kids were creating their own subculture and that wasn’t a great thing. But so were the Wu Tang guys and the LOVE park skaters and the world is a better place for it. We are fortunate in most of the Western world that even if you are poor, you have your basic needs taken care of, and we have means of recording and transmitting our ideas to one another. The velocity of that exchange keeps accelerating, at least here…. I don’t know that there is that much organic youth culture happening in North Korea these days.

Given where the characters are at the end of the book, do you think that anything ever changes to those characters, or for us? In other words, do things change for us as we grown into adulthood, or are we always waiting for something to happen? Is free will attainable, or is it just an illusion?

Those are some deep questions… I would be really honored and humbled if someone told me that reading my book caused them to ask themselves some of those questions, and maybe to spend some time trying to find the answers.

Like Loading…
Previous: DrDr’s New Album No Compromise: OUT NOW!!(Music Review)
Next: Intercepted Transmissions – You Are Listening To: Audio Landscapes That Soothe. (Podcasts)