And out of speakers I did speak
I wore my sneakers but I’m not a sneak
My Adidas cuts the sand of a foreign land
with mic in hand I cold took command
my Adidas and me, close as can be
we make a mean team, my Adidas and me
we get around together, rhyme forever
and we won’t be mad when worn in bad weather
– My Adidas, Run DMC

One fateful night in NYC, somewhere around the mid 80s, Russell Simmons, brother to Reverend Run and manager of Run DMC, was smoking angel dust when a flash of brilliance struck him, like a PCP laced bolt of lightning. When the rap crew rolled up on Two Fifth Street, he told them immediately they needed to write a song about the kicks they wore. In 1986, Simmons’ prophecy would come true, and My Adidas became the first single on their third album, Raising Hell. It would become both a hip hop anthem and a cultural phenomenon.  Eventually, a marketing executive from Adidas took notice after seeing them perform the tune in concert at Madison Square Gardens. Within days, a now legendary million dollar endorsement deal was struck. And the long relationship between Hip Hop and product placement began.

Around the same time period that Run DMC was on stage rocking the mic while facing thousands of kids holding their shoes in the air, I had other problems on my mind. Our family had moved from Montreal to Toronto when I was about Eleven. I was entering my fifth grade year in unchartered waters. Now you have to understand, that Montreal is a different city from Toronto. It may only be about six hours away by car, but it may as well be Mars to Pluto. There is a different language in Montreal. A different culture. Better tasting bagels. A decidedly continental edge. This difference was also reflected in fashion.

On my first day of class, I had to represent. I brought a briefcase to school. The decision proved to be an unpopular one, at least according to my classmates. I was from a new city, and desperate for new friends, eager for acceptance. I left the briefcase at home,  along with a small part of myself, the following day. Ironic, how that purple, shiny, plastic, fake leather briefcase became a symbol for my lost individuality.  I traded that briefcase in for acceptance and anonymity.

I started rocking Vuarnet T shirts and Levi’s jean jackets, with a brand new World Famous canvas backpack over my shoulder, not because I supported those brands, but because I just wanted to fit in.

You’ve seen them before. On the subway. On the street. In stores. They have become as ubequitious as iPhones. They are, in fact, usually attached to an iPhone. I know it’s 2015, and it’s probably politically incorrect to make vast, sweeping generalizations, but to hell with it.

These are status symbols, more than brands. All of these products serve a function, and most of them work well enough, for the job that they are supposed to perform. The prices are inflated to serve as maximum profitability for the company, which is understandable to a certain extent. We do live in a capitalist society, so if Joe can charge more for his product than Chris down the street, and people are willing to pay more for Joe because they like Joe better, then more power to him.

Beats headphones, was originally in partnership with Monster.  If you’ve had the misfortune of hearing about them before, you most likely discovered their wares while in the process of buying a High Def television inside a sales driven Electronics store. If you need the HDMI cables, the sales person will assure you, you better get the best kind. And by best, they mean the most expensive ($120). Even though studies have proven that monster cables are in no way any more effective in terms of quality than a five dollar HDMI cable.

So what does it say when a well established musicians puts his reputation on the line behind a product that is not only prohibitively expensive, but doesn’t work all too well, and most recently, revealed to only cost less than 17 bucks to make? Is it a Compton street level hustle orchestrated by an O.G?  Let’s not forget Dre is the same artist that once rhymed “Cause I’mma rob you in Compton and blast you in Miami“, or is Beats just good business sense, and a textbook American Dream, success story?

When Run DMC released My Adidas, it wasn’t just a song intended to hawk a product they didn’t support or care about. Quite the opposite; they were supporters of the brand long before the song was even written. The song itself contested the idea that only gangsters and thugs dressed like B-Boys. It wasn’t just an audio commercial for a product.  My Adidas, was a song that captured the positivity that Run DMC aspired to. It was a different world back then, right before Gangsta rap dropped.  Like it or not, Run DMC paved the way for artists to pitch all kinds of products, good and bad.

We all have our briefcases, of various sizes, colours and materials. Sometimes, we need to hold on to them. Without them, we become clones, indistinguishable from each other, and walking billboard advertisements for billion dollar companies that most probably, in fact, already own us. Many of us are all branded out, from head to toe. Maybe it’s prudent to be selective about which ones we support.

12 thoughts on “Beats By Dre: From Sneakers to Headphones – The Link Between Hip Hop Culture, Big Business & The Terrible Choices We Make as Consumers. (Technology & Culture Essay)” 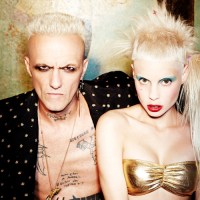 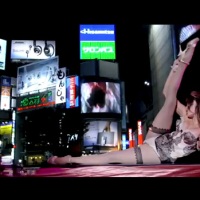