I usually ride my bike to work every day. Rain, shine or snow. I do this for a variety of reasons. Yes it is nice that there are zero emissions and that it helps me deal with the occasional cheeseburger and pint(s) of lager I had the night before. It’s also great that it saves me money. But I think the biggest reason I enjoy it is that the alternative of taking public transit is just way too horrific for me. However, recent mechanical issues including a broken handlebar and a flat tire or two, along with some rather unpleasant winter weather have all formed a perfect trifecta of forcing me to ride the rails. How bad could it actually still be, I reasoned?

Lucky for me, my commute involves two different subways and a bus ride which should give me an opportunity for a powerful overview on how much things have improved over the years since I last took the Toronto Public Transit Company’s red rover. After leaving my condo and making the brief three block strut over to the subway entrance, I realized that I have to get a card to pay for my fare. Lucky for me, the guy behind the booth explained it all to me, very slowly and very carefully. He got out from behind his plate glass office desk and carefully took the time to walk me through it all which I really appreciated. After which he gave me a big hug and a high five and said, “Enjoy your day, friend!”

Wow, that was really cool, I remarked to myself. I went through the turnstiles and waved back at him, smiling.

The subway arrived pretty soon after that. I got on. It was pretty clean and there were a few seats available. I noticed that most of the commuters were impeccably dressed with lots of individual, colourful flair. Classic Toronto.

Someone just randomly pulled me over and pointed out a seat next to him. This was great! I also noticed that he made direct eye contact with me. Eye contact, courteous and polite. I was definitely on Toronto transit!

After the subway got out of our station though, it slowed down, then stopped.

“Yeah it’s really weird. It’s almost like whenever it gets cold or it snows, stuff just doesn’t work as well. If only we had equipment that was designed to work in the winter. Oh well!  The best part about delays is that we all have a chance to get to know each other.”

If there is one thing that is certain, it is that everyone on the subway loves their jobs. They also love meeting new people on the way to them. I’ve never seen so many people smiling, not since my last Destiny rave, back in ’96.  And like raves, people were super amenable on so many levels.

“Yeah, we’re trying new things,” continued my new best friend. ” We got someone coming around doing full body massages. Some subway cars are going to be themed. ’70s disco, drum n bass, happy hardcore, hip hop, you name it. We now have a disc jockey training program for all TPT workers.  They’re also RMTs which is why we offer the massage component. Everyone loves it!”

Before I knew it, I was at my stop. As I disembarked, I got several high fives from fellow passengers. Several of them waved at me as the train pulled away while I was walking along the platform.  I was already feeling like a million bucks. Even though I was 30 minutes late for work, I was ecstatic I had met so many groovy people, gotten a massage and learned to dance the salsa.

I climbed up the stairs to the bus depot area. There were no buses but luckily there was a TPT worker there who knew exactly what was going on. He knew precisely where all of the buses were and which one was due next. He was like a super smart computer, but like, the world’s friendliest one!  I was marvelling at all of the information he was able to provide, when he pointed behind my head and said: “There’s your bus sir! Here it comes! Have yourself a great day!”  He then smiled and gave me a big bear hug. And then a long complicated hand shake which made me feel really cool and kind of special.

The bus pulled up right next to me. I climbed on board immediately.

“Good morning sir! How’s it going, big daddy?” said the happy driver to me as I walked by.

“Pretty good,” I stammered, still not used to being greeted so cheerfully. He gave me a high five.

I couldn’t help but notice how all of the of TPT workers were so in shape. They looked like fitness models.

“Yeah, well, if there is anything we take more seriously than getting our valued customers that we want to treat like kings and queens, get them to their jobs that they love on time, it’s a healthy lifestyle for ourselves. Let me show you what I mean.”

He reached over and pulled a large thermos out of his bag. Then he flicked on the P.A system for the bus.

“Yay!! I love kale smoothies,” croaked the old man behind me, sitting in the wheelchair seat.

“Yeah, eventually we want to get a spin class in here. That’s my jam. I like to spin when I’m not a bus operator. We’re just having some equipment issues, trying to figure out a way to fit 30 stationary bikes into these puppies. I also teach an existentialism class. That’s in the afternoons only though.”

Lots of singing and dancing ensued, on this particular bus. Mostly 90s pop. Luckily for us, the bus driver slowed down to allow us to get jiggy with it, without fearing we would fall down and hurt themselves. Safety was clearly number one. Well, number three after kale smoothies and singing and dancing. It really felt like more of a campfire vibe than a bus ride.  I relayed this thought to my new best friend.

“That’s exactly what management was going for. I’m so happy you noticed. Campfire vibe. Totally!” 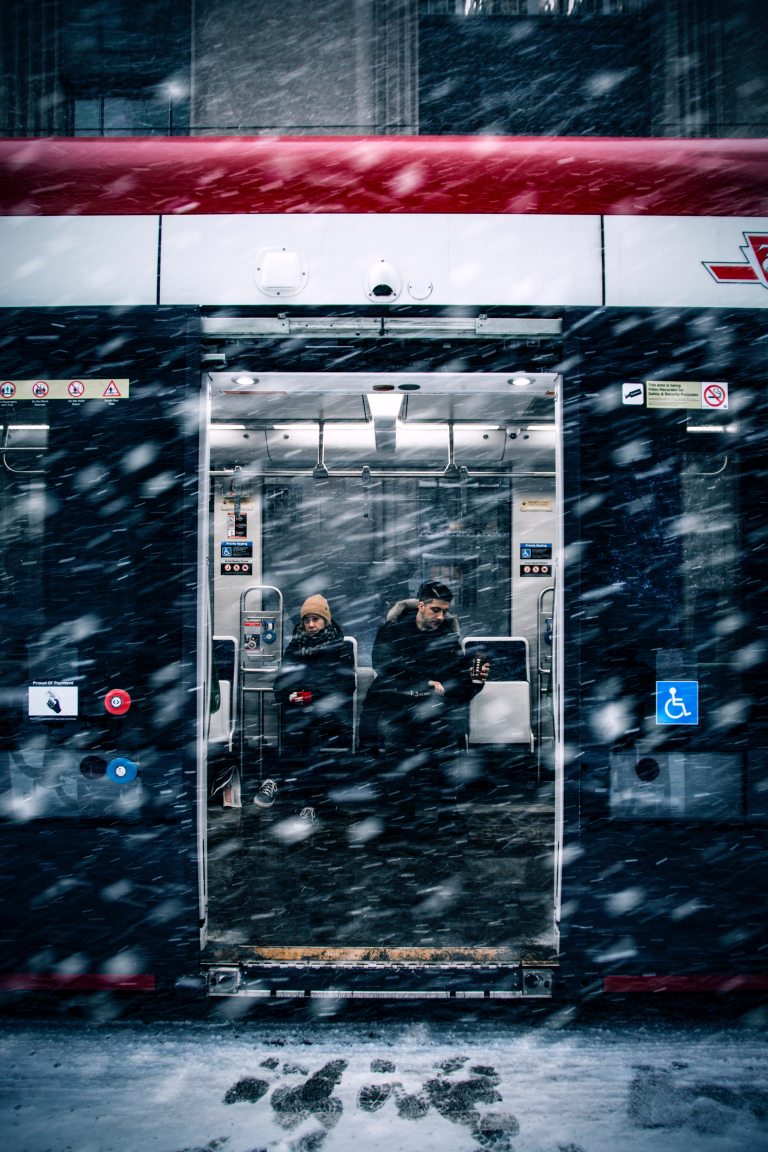 I soon realized that we had passed my stop after all the excitement. But I didn’t care anymore. In fact, I just wanted to experience as much TPT as I could that day. I decided I had to try the last available piece of transit available to us, which is always the first choice for any Torontonian. The streetcar. So sleek, so reliable, so fast. Even more so than any TPT bus or subway could ever be. Thank god we have more cars on the way that we ordered from a super reliable Canadian company. They are so awesome, to the max.

“What up homie? My name is Herbert, I’m going to be your streetcar driver for the day. Everyone calls me Herb, though. How’s it going? You having a good day?”

“Yeah, I’m super amped!” I explained how I hadn’t been on the TPT radar for awhile.

“Wait, what? Oh, for real? Well you’re in for a real treat homie, Lola’s on board!”  He then called out behind him, “Lola? Where you at? You want to take care of this gentleman?”

Lola turned out to be this foxy red head TPT security officer, but like, with a total viking vibe. She was really tall and could definitely handle her business.

“Hello sir!” She cried cheerfully. “We do yoga, together, yes?”

“Okay, sure Miss!” I replied. I was up for anything at this point. She took my hand and walked me down the car a few feet.

I soon realized that the rest of the passengers were all on yoga mats in the downward dog position. Lucky for us, it was easy to get into complicated positions and hold them. You see, most streetcars don’t have their own lane (who would want that? So weird), so they get caught up in whatever traffic jam is happening, which again, gives tons of time to get to know one another, sing a song, or in this instance, do some good old fashioned broga.

Looking back on it now, I was glad having learned that technologies like phones and tablets have not hindered our ability to become more relaxed and connected as a society. My only complaint was that my facial muscles were sore from so much smiling.

I never did get to work that day. But I met some great friends. And isn’t connecting with fellow humans in person the most essential part of existing in the 21st Century?

See you on the TPT! 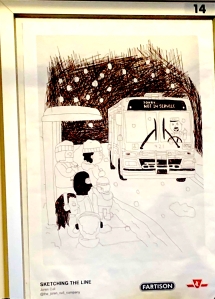 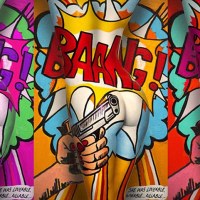 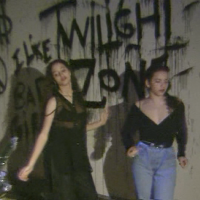