10 Ways Our Fight with Covid-19 Can Help us with Future Existential Catastrophes. (Technology & Culture)

Amidst the current foggy unpredictability of an ongoing pandemic battle, there remains much uncertainty ahead. Yet, there are already hard lessons learned with particular emphasis on our secondary planetary red alert: the climate crisis. While it has already been an undoubtedly news worthy (and let’s be frank – exhausting) year, two alarming facts stand out.  First, 2019 was the second hottest year on record for our planet. Second, NASA also found that the 2010-9 decade was the hottest decade on record.  However unpleasant and inconvenient it might be to remind ourselves that there is another looming imminent threat to our survival, it may prove useful to review some of the game changing factors in our COVID-19 playbook that might prove transferable to its resolution during this critical time.

10. Traveling less by plane for business or pleasure.

The link between air travel and CO2 emissions has been well established. With ever growing rates of increase (particularly with developing countries), we have, over time, taken international air travel to be ubiquitous, but even with short haul trips, damage to our atmosphere is palpable. According to a recent study;

…even a relatively short return trip from London to Rome carries a carbon footprint of 234kg of CO2 per passenger – more than the average produced by citizens of 17 countries annually.

Similarly to air travel, choosing to work from home will translate into lower emissions with more cars parked in driveways.  We’ve finally figured out that most meetings are bogus and many forms of work can be done remotely. With applications with Zoom and Skype, we can teleconference in our pajamas.  As the 2016 graph outlining transport emissions in the EU illustrates, the majority come from four wheels. 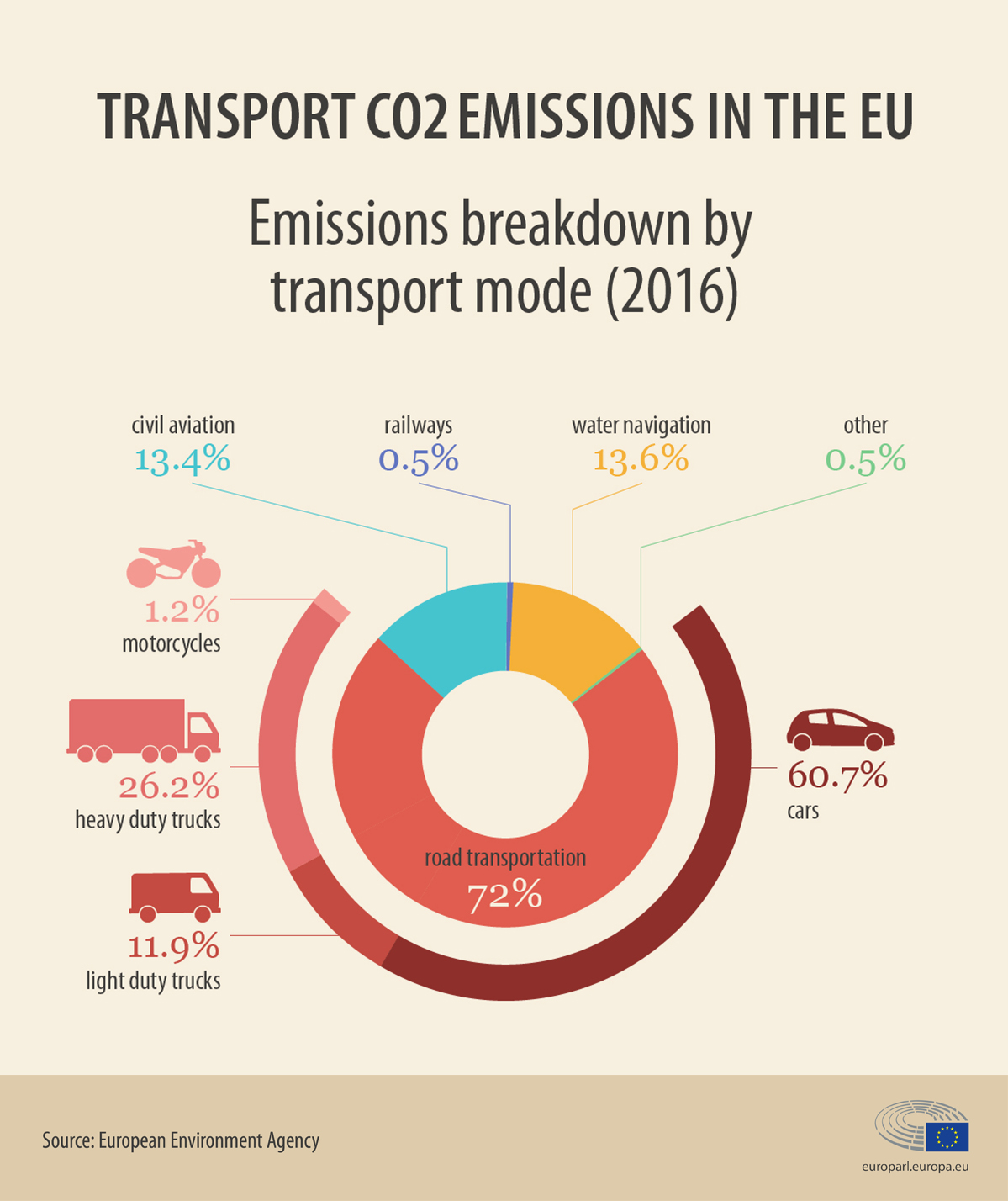 Having our investments tied up with coal, oil or gas pipelines and extraction however lucrative, always seem to prove to be short sided – not only in terms of environmental risk but also due to market fluctuations.  The recent coronavirus threat has produced a lower gas demand, alongside an untimely price war between Russia and Saudi Arabia which has in turn, produced a perfect downward storm – proving how unpredictable market volatility can be. Moving away from fossil fuel subsidies and choosing instead to invest in renewables and nuclear are therefore a more logical and safer bet on both levels.

While it is often tempting to make blanket statements like – “we should just go electric!”, the reality is that much of our economy is still tied to carbon production as a by-product from manufacturing. Taxing it might not be the sexiest solution, but it’s one that has proven effective, not only in giving money back to citizens but in addition, by investing in renewables which will help us turn the tide and meet our international climate targets.  Both are useful tools during times of economic hardships such as a pandemics.

While carbon pricing may not play a direct role in the Covid-19 fight, the lack of a universal basic income certainly has. Part of planning any strategy that involves economic casualties means developing a financial antidote for that eventuality. A safety net for people can not only improve levels of happiness and physical health in people’s lives, but it can also keep the economy running in times of peril.

It’s hard to imagine that some countries still don’t have universal health care and even harder to imagine why one might argue against it, unless you work for a private health care or insurance company. Unfortunately, the hard lessons being played out in the US in real time will demonstrate its current shortcomings.

4. Internet Technology should be a basic right.

Our connectivity has proven instrumental in helping get the COVID-19 message out. We need to take steps to insure continuous high speed access for all. However, as has been proven in several recent elections on the world stage, there are also active disinformation campaigns by nefarious elements. More has to be done to address these security gaps as they can often have the potential for loss of life.

3. Learning from our mistakes.

Have our elected officials made grave errors in either in; a)admitting there is a problem in the first place, or b) planning for the problem or c) initiating a solution effectively? The answer is a resounding yes, on all three counts. It already appears as though there were active attempts to suppress information in the critical stages of the outbreak from two juggernaut superpowers. We need to learn from these errors that often translate into wasted time and needless casualties. We also need to de-politicize existential threats.

2. We have begun to see ourselves as a collective.

In order to prevent community spread, we have managed to come together in ways largely unprecedented. This level of multi-national, bi-partisan collaboration is exactly what is needed to fight existential planetary threats like climate change.

It cannot be understated that beneath the specter of growing alarm, we remain a highly resilient species. Barring a number of misguided souls with cars full of toilet paper exiting Costco parking lots, most of us not only care about our families, we care about each other. Formidable forces like Covid-19 and climate change, although potentially terrifying in their unbridled forms, also have the ability to unite us in combating a common enemy.  We have the ammunition to fight in front of us, but it will take a tremendous mobilization and a new way of life – not unlike a world war effort – to secure a victory. There simply remains no alternative outcome.

Like Loading…
Previous: 100 seconds. (Poetry)
Next: 25 Ways Not To Lose Your Mind During a Pandemic. (Mental Health)

2 responses to “10 Ways Our Fight with Covid-19 Can Help us with Future Existential Catastrophes. (Technology & Culture)”