Last week, the Los Angeles Lakers won a game against the Boston Celtics in Game 7 of the NBA finals. The LA fans decided to riot. Why exactly they decided to riot isn’t immediately clear. At least in 1992, there seemed like almost a good reason to. If you have ever wondered what it is like to be inside a riot, here is an excellent quality video of several people attacking a stationary taxi and setting it on fire. Within the video you can observe several likely candidates for a Darwin Award. Not only are they not shying away from the person filming, they actually take time to pose for pictures with their own cameras. Not exactly a great moment for the human race. But an interesting opportunity to observe mob mentality in action, at least until the police and tear gas show up.

Here is a better kind of LA riot. LA Riots Remix of Crystal Castles‘ Crimewave. No taxis were harmed in the making of this remix. So, like…crank the speakers yo. 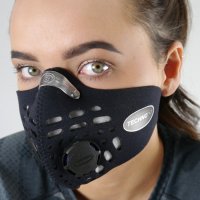