I get my hair cut alot more often, now that I am older. There are three precise reasons for this new development.

1. Proximity. I live on a fairly busy street on the West end of downtown Toronto. There are  at least six hair stylists in my neighborhood. The one I prefer is directly across the street. She is a lovely Vietnamese lady. What she lacks in English vocabulary, she more than makes up for with a delightful cackle and a declaration of what she doesn’t care about.  Which is extensive, by the way.

2. Price. She is quite reasonable. A haircut for men is 12 bucks. I like her, so I usually tip her 3 bucks, so it comes to 15, all in. That’s pretty good. Some places charge about double that.

3. The Grey. It began years ago. Like an unwanted visitor. An invading species.  One follicle here, another there. I think by this point, a retreat is out of the question. This is beyond an occupation.  It’s fair to say, the grey is here to stay.

Every time I get my haircut, I can’t help but look down and observe those large tufts of black mixed in with ever increasing grey. And every time I go, there seems to be more and more of it. The grey isn’t just a reminder of my age. It serves as a stark reminder of the passage of time. Each chunk of grey isn’t just dead follicles, they are, in fact, chunks of time.  A few hours there, a long weekend over there, a full week over there.  Time gone forever, that I will never re-gain in this time’s arrow. And yet it’s time I’ll happily squander in favour of a large bag of Zesty Cheese Doritos and a full season of True Detective.

I think about the ways to rectify this feeling. Maybe there is a cheat code I can apply to this scenario. The simplest solution is to dye it. But I’ve resisted this solution for awhile now. Why? Probably because I’m one of those poor schmucks that believes in authenticity. However difficult the truth may be, I need to believe that I’m staying true to myself, and I’m showing the rest of the world the whole me. The real me. I just wouldn’t feel like myself if I had blond highlights, or jet black locks. I would imagine myself as some kind of fraud.

Everyone’s heard that famous quote in Hamlet; To thine own self be true. But what does it actually mean? Authenticity isn’t just a loose plot device in a Shakespearean play . It’s also been an important concept in psychology and a philosophical movement ever since the days of Sophocles, where he urged; “To find yourself, think for yourself.”  If you don’t live your life according to your own values, according to the existentialist camp, you wind up with Bad Faith. In other words, you give up the right to living an authentic life by giving in to external pressures.

Posers have been around for awhile. In terms of modern youth culture movements, the poser was made popular in California’s late 60s and 70s surfing communities, and following,  subsequent skateboarding subcultures. Like many youth subcultures, the poser represented a person that tried to adopt aspects of a movement, without being a confirmed member from that community. It meant you were an outsider. But not the cool kind of outsider.  Being a poser meant that you either owned a skateboard or surfboard, got outfitted in all the latest threads for the part,  without paying your dues, being from the neighborhood, or, perhaps most importantly, having any skill. Surfboards and skateboards aren’t just fashion accessories for those early movements. They represented a counter-culture lifestyle.  They meant something back then.

Jeff Ho knows a few things about that period in time. Ho opened Jeff Ho Surfboards and Zephyr Productions, a legendary surf and skate shop in Venice. Ho’s surf shop was to become the epicenter for two of the most important youth culture movements of that era. His latest exhibition features inspired art based on the graffiti laced warnings left for posers and outsiders to stay off their turf.

I see lots of kids, and in fact, many adults that carry skateboards these days. And that’s the point. They are carrying them. Like you would a sack of potatoes. They aren’t riding them. For most peeps out there, skateboards are not much more than props now.  They are just another fashion accessory. Like leather jackets, ripped blue jeans, piercings and tattoos.  What was once counter culture is now mainstream.

niggaz straight kill me
knowin that they pranksters,
this is going out to you studio gangsters,
see i did dirt, put in work,
and many niggaz can vouch that,
so since i got stripes
I got the right to rap about that,
but niggaz like you
I gotta hate ya,
cuz i’m jus tired of suburban niggaz
talkin about they come from projects
knowin ya ain’t seen no parts of the streets G

But posers aren’t just limited to counterculture sports. They can be found in music too. Kanye West made headlines when he recently played at the Glastonbury festival and called himself “the greatest living rock star on the planet”, despite a petition signed by over 100, 000 people pleading the festival to find a replacement. Days later, in an interview with David Crosby, a seasoned artist that has, undoubtedly, paid his dues (and who, by the way, sports a clearly receding hairline and lots of white hair) flatly stated West was an “idiot and a poser”.  When asked to clarify his comments, he elaborated that he can’t write, sing, or play instruments. When told that he was a producer, Crosby snorted, “that means he sits in a chair while the engineer does the work.”

One of my favourite, music related discoveries on the interwebz has recently dropped a new track.  Like anyone else that’s achieved any moderate level of success or fame, Ronald Jenkees has also had his share of detractors. Some have labeled him a poser for wearing a hat, thick glasses, and speaking in an affected tone.

Does any of this actually matter? In the case of Jenkees, I don’t think so. An artist sometimes puts on a wardrobe and makeup before he steps on stage. Ego aside, it matters more whether he has the musical chops to deliver. And in my opinion, Jenkees certainly does.

In 2000, Vodafone Japan saw the release of the first phone with a camera attached to it. This transformed our society. Now, everyone’s a photographer.  Two years later, Nokia was the first of many to bring the internet to phones on a mass market scale. In 1968, Andy Warhol first noted on an exhibition program for a show held at the Moderna Museet in Stockholm, Sweden that one day,”In the future, everyone will be world-famous for 15 minutes”.  In today’s social media landscape, we’re no longer spectators. But, we’re not mere participants, either. We’re all celebrities now, thanks to Facebook, Instagram and Twitter. It’s not just for 15 minutes. It’s until we choose to pull the cord on those social media accounts. Until that day happens, the pressure is on to maintain the facade of fakery and perfectionism.

Two years ago, the Oxford dictionary finally embedded the selfie into our cultural lexicon permanently. According to a poll by Samsung, Selfies take up 30 percent of all photographs taken by 18-24 year olds. Identity and status for kids is measured in units of likes and followers. Teenage life continues to be a popularity contest.  Only now, it’s not just about what you wear, the music you listen to, the friends you hang with,  or your belief system.  It’s about the photographs you post. Even if they reflect unattainable reality.  Let’s face it, we’re living in the age of the poser. 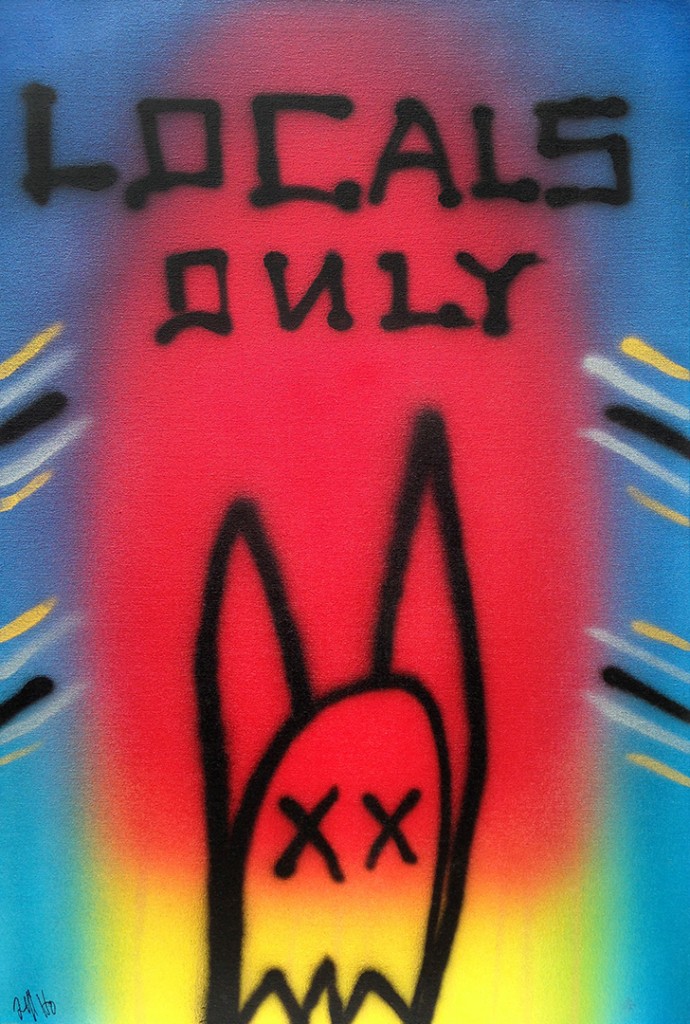 Photography is an art form that gives us the ability to capture truth, but it’s also become a tool to transform it into a narrative we want so desperately to convey, one selfie after another.  As a result, we’ve become a society of narcissists. It’s no longer important to know who you are, what you value most, what you stand for. It’s all about taking the next photograph that defines you.

What we’ve gained in terms of connecting the world together within the confines of an internet based social media fabric, we’ve lost in discovering important clues as to what our identity truly is.   It’s more important to follow our own paths, than to follow a path already blazed because it will make you more popular. Put down the selfie stick. If there’s a skateboard or surfboard clutched in your other hand, throw that down too. Learn to ride it.  Explore the world.  In the meantime, I think I have another week before the grey seeps in again, and it’s time for another shave.

Jeff Ho’s new exhibition, No Pozer, opened Saturday, and is currently running at the C.A.V.E gallery.

All images by Jeff Ho, courtesy of C.A.V.E

13 thoughts on “The Rise of the Poser: Is There Room Left for Authenticity in the Digital Age? (Technology Essay)” 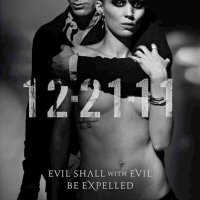