Punk: Chaos 2 Couture. Lessons Learned From The Show at the Met. (Music Culture)

I recently stumbled across a scathing review on a show that happened at the Metropolitan Museum of Art almost a year ago. The show entitled Punk: Chaos to Couture; curated by Andrew Bolton, was to focus on the high fashion that was inspired by the original subculture.

It’s a pretty thorny concept for a movement with it’s dirty, leather buckled foothold in the muddy trenches of the working class underground, as opposed to the stiletto heeled red carpet of corporate excess. The show drew the ire of old punks and new alike. And rightly so – punk’s original values were so different to big business, corporate marketing. Let’s face it, the original scene in the 70s was everything the establishment despised, and vice versa.

But like any other movement that becomes commercialized over time, the messages become blurred as designers take elements of subcultures and market them to the elite and middle America alike. Fashion designers are artists. Artists borrow, steal and get inspired by the ideas that happen around them. Eventually, as ideas and images of a particular subculture become more and more mainstream, the original scene gets watered down and dissipates over time.

This all seems rather hopeless, until you realize that this is not the end of youth culture that subverts, questions authority and challenges the establishment.
And that’s because, someone, somewhere else, always starts something new.
After the Punk movement, came the Hip Hop movement. If the Punk movement was all about the working class rebelling against authority, the Hip Hop movement was about black empowerment. Then came house music and techno, scenes that again spawned several sub genres of music and rejected traditional values and artforms, choosing instead to radicalize and bring together kids, regardless of religion, colour or sexuality, and transforming abandoned warehouses and empty fields into spaces they called their own.

All of these movements encapsulated the same thing. And that is, youth rebelling against the norm and creating something brand new for themselves. New music. New threads. Fashion is just a reflection of the package. The way you dress represents your identity. It is an identifying mark of the tribe that you belong to. 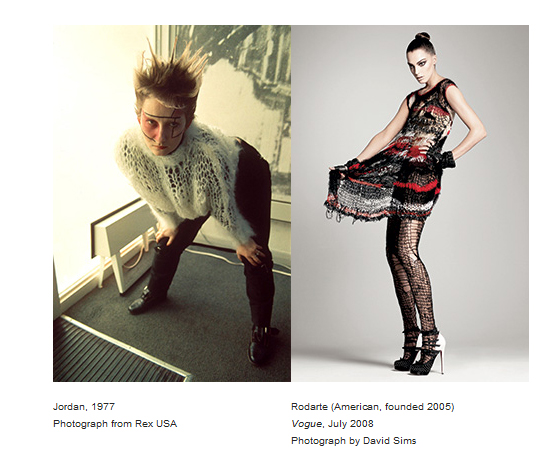 Almost all of today’s independent bands, rappers and electronica producers upload their music onto the internet and make it available for free, the same way punk, hip hop and electronica pioneers created their own record labels, and circulated copyright infringing mixtapes to circumvent the existing system back in the day, all the while promoting their own music and culture. This is classic punk rock D.I.Y.

The moment corporations figure out ways to capitalize on this identity is the moment that a movement loses a little of it’s venom. When you have a guy in a tuxedo on a red carpet describing the rawness of anarchy*, it’s hard to stifle a laugh at the image, because you know that scene is long since retired.

I’m not worried though. Because even though the punk rock movement, at least as it once was, might be a pale studded shadow of it’s former self; it’s true spirit will live on. And a handful of true Punks will never die – regardless of the clothes on their backs.

*(If you want to watch that scene, go here, and select the Red Carpet Highlights. The whole thing is kind of cringeworthy.)

You may also want to check out:
Once Upon a Time In New York: The Birth of Hip Hop, Disco & Punk
DG Exclusive :: Let Fury Have The Hour :: Interview with Director + Review + New Trailer
Classic Punk Rock Pix From Sheila Rock

3 responses to “Punk: Chaos 2 Couture. Lessons Learned From The Show at the Met. (Music Culture)”