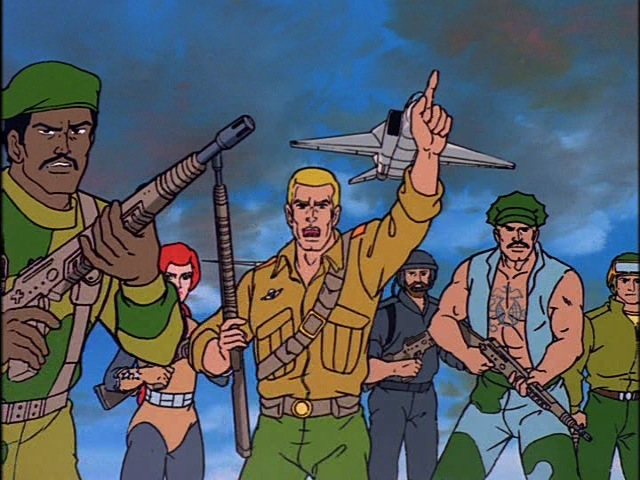 Although perhaps not technically a parody in the strictest sense, the first thing I think of when it comes to comic re-mixes at least in the historical sense is Joe Shuster. One of the original co-creators of Superman, Shuster hit poverty while trying to re-claim the rights to the character with DC Comics. He ended up illustrating for a magazine called Nights of Horror. His s&m characters strongly resembled Lois Lane and Superman himself. For more info on this, check out Secret Identity: The Fetish Art of Superman’s Co-Creator Joe Shuster by Craig Yoe.

Fast forward to present day, and the tradition of re-mixing and parodies of normally cookie-cutter, quaint endearing heroes into absurd comedy carries on. Let’s take a look at some of the best that focused on that golden era of saturday morning cartoon goodness from the 80s. So go grab a bowl of your favourite sugary cereal. Keep in mind, much of the language and situations are rated NSFW.

7. Rambo: The Force of Freedom.

Originally aired: April 14, 1986 Produced By: Ruby-Spears Enterprises.
This hilariously titled series had it’s debut in 1986, and must have been a favourite in the Bush household.  Making a cartoon out of an R rated movie might have been a morally questionable move.  Thankfully though, Rambo doesn’t usually worry about morals.   Rambo lives by his own code. Nobody really knows what that code means, except that it probably involves a high body count. And a sh*t ton of explosions.

Originally aired: September, 1984. Produced By: Hasbro.
Before being hijacked and processed into a series of ridiculous movies by Michael Bay, Transformers was a pretty badass cartoon.  There were, however, some pretty significant technical flaws which the following vignette exposes.

Originally aired: 1984.Produced By: Rankin/Bass Productions.
Perhaps the most ridiculous of concepts from 80s cartoons. Well – at least one of the most ridiculous. I mean, take a good look at the picture above, and try not to laugh. It’s really, really hard, right?  Presented as a series of outakes from the filming of Thundercats, originally uploaded in 1998. Still a classic. Snarf, Snarf.

4. Spiderman & Spiderman and His Amazing Friends. 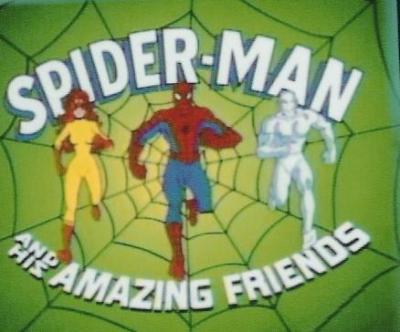 3. He-Man and the Masters of the Universe.

Originally aired: 1983.Produced By: Filmation/ Mattel.
It’s only fitting that one of the most excessively macho cartoon characters from the 80s be reinvented as a total queen.

Originally aired: 1985. Produced By: Hasbro, Marvel Productions, Sunbow Productions.
Re-named, perhaps appropriately Jiz, I stumbled across this re-mix recently. Looks like they’ve done several episodes of a very twisted take of the series with controversial underlying themes including abortion, drug use and sexual deviancy. In other words, it’s awesome and hilarious.

Originally aired: September 16, 1985. Produced By: Marvel Productions, Sunbow Productions, Toei Animation.
This iconic series was only overshadowed by the PSA parodies done in 2001. They remain a favourite of mine for good reason. It’s pure insane comedy weirdness. Here’s a whole wack of them below. Enjoy.

6 responses to “7 Hilarious Cartoon Parodies From the 80s. (Art/Culture)”